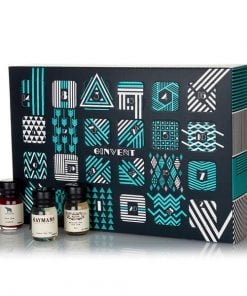 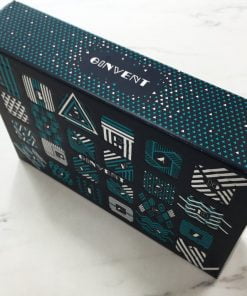 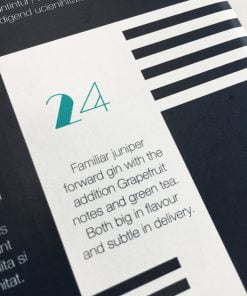 Ginvent Calendar’s for those not in the know, is the original gin-filled Advent adventure, with 24 beautifully designed doors concealing 24 wonderfully made spirits. For this year’s edition, they’ve sifted through some of the UK’s most exciting gins, picking and prodding (and tasting, of course) their way until they had a selection worthy of only the most discerning juniper fans.

The Ginvent Calendar this year is a great representative of the local scene, with UK-made gins ready and waiting behind each of the 24 doors. Almost every style of Gin, from Old Tom, to London Dry, to Navy Strength & Fruit Infused is represented, with gins from all corners of the United Kingdom painting an accurate picture of the Gin scene as it stands today.

We don’t want to give too much of the game away, but amongst the pack there’ll be a very specially made Ginvent Gin, the recipe for which includes – amongst many other things – actual Christmas tree. There are also a couple of gins that give a fair whack of their profits to charity (‘tis the season of giving, after all), as well as a new permanent line extension to one of (in our humble opinions) the greatest Gin brands going…

There are no reviews yet.

Be the first to review “GINVENT CALENDAR” Cancel reply

Quick View
Out of stock

Quick View
Out of stock